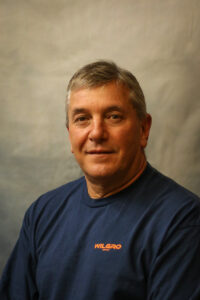 Jack has over 45 years of experience in the HVAC industry. He originally became interested in this field because his father was a lead mechanic for United Airlines. As a result, he was constantly exposed to various types of mechanical repairs. As a high school student, Jack attended Vocational Technical School, specializing in HVAC. During summer breaks in high school, he began working for General Marine Refrigeration and was placed at Atlantic Refinery as their primary service technician. After graduating from Ridley High School he continued to work full time at the Refinery. While working full time, Jack also attended Widener University to earn a B.S. in Business Administration. Upon graduating in 1983, he started working for one of the largest mechanical contractors in the Philadelphia area, Delaware Valley York. Jack was hired as a Sales Engineer and began learning Design Build projects focused on industrial applications. To expand his knowledge of Controls, Jack took a position at Barber Coleman for two years where he learned DDC, pneumatics, and electronic controls. He continued to build on his knowledge by joining another large mechanical contractor, AT Chadwick. He spent a few years there as a Sales Engineer, specializing in heavy tonnage equipment. In 1989, he was approached by Chris Wilhelm at Wilgro Services. The owners of Wilgro Services were looking for an exit strategy and they found their answer by hiring Jack Rinkers. Jack started to help the company ownership by diversifying their contract base to include both public and private sector work. Simultaneously, he was doing all of the Design Build services for the organization. In 1992, he purchased all of the shares of the company and retired both owners. Under Jack’s leadership and knowledge, Wilgro Services, Inc. has grown to be one of the largest non-union commercial HVAC contractors in the Philadelphia area. He is actively involved in the day to day operations of the company and oversees the Design Build division. Jack enjoys being in the field and helping our clients solve their most complex HVAC problems.

Fun Fact: Jack organized several fundraising events for the Wounded Warriors Project by hosting competitive fishing tournaments, which gave wounded service people an opportunity to enjoy a day fishing and helped raised over $50,000 for the organization. 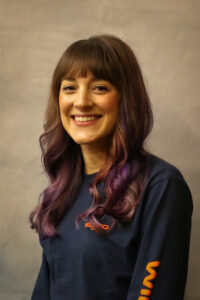 Darlene joined Wilgro Services with a passion for helping small businesses. As President and Integrator, Darlene plans and implements strategic initiatives for the organization. She is committed to recruiting and retaining top talent by improving our employee benefits wherever possible, providing ongoing employee development through training and safety programs and creating career paths that motivate and inspire our workforce. Darlene is also a key driver in our business development plan—she identifies our target markets, determines our marketing strategies and ensures that our sales staff exceeds their goals. Darlene is never satisfied with the status quo and is always looking for ways to better serve our clients and be more efficient as an organization. Darlene completed a double major at Lafayette College in Policy Studies and Spanish and graduated with Magna Cum Laude honors.

Fun Fact: Darlene is active in two local Nonprofit Organizations. She is a Golden Slipper Camp Board Member and is the President of a Philadelphia RCO, United Francisville Civic Association. 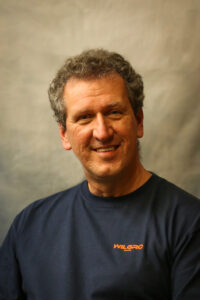 Walt has worked at Wilgro for close to 20 years covering all of the financial aspects of the organization. He manages various aspects of human resources, payroll, A/P & A/R, and insurance policies. He holds a B.S. degree in Accounting from Widener University.

Fun fact: Outside of the office Walt has coached on various levels of youth baseball and basketball. 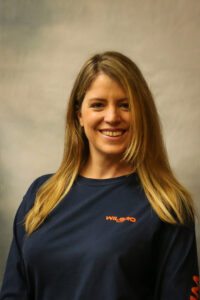 Sarah brings over 15 years of experience in the property management industry with a focus on the areas of sales, marketing and client relations. She is responsible for managing our sales team, sourcing and developing new business relationships, and providing the highest level of customer service to our current clients. Sarah obtained her Bachelor’s degree in Communication Studies from West Chester University. 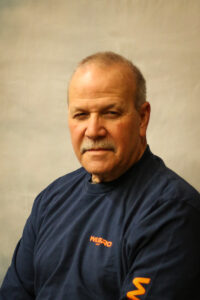 Gibby has over 50 years of experience working in the HVAC business. He oversees the installation department and sheet metal shop. He is also responsible for quoting new replacements of HVAC equipment. Gibby manages multiple installation crews and cultivates positive relationships with various suppliers and manufacturers. 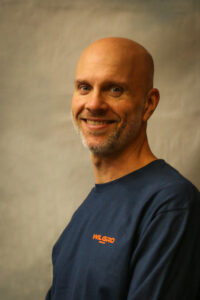 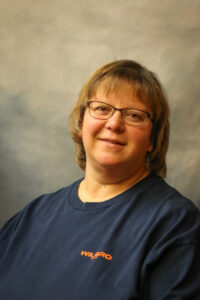 Jennifer has over 18 years of experience in the areas of management and operations in the HVAC industry. She is responsible for managing our internal office team and service technicians. Jennifer also oversees our billing department. She makes sure our existing and new clients receive the best service possible. Jennifer obtained her Associates Degree in Business Management from Delaware County Community College. 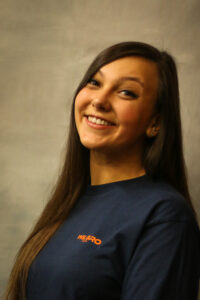 Emma has been with the Wilgro Family for over 5 years. Our Service Coordinator oversees all service calls to make sure our clients get fast and accurate service. Emma handles all preventative maintenance inspections to make sure they are done in a timely manner for all of our contracted customers. Emma is a great asset to our team.

We attribute Wilgro Services’ success to our tenured mechanics, who are all CFC certified and technically trained to deliver the highest quality work. Not only do they receive ongoing educational updates from a variety of manufacturers, but they also fulfill our commitment to keep up with changing technology and energy saving opportunities. 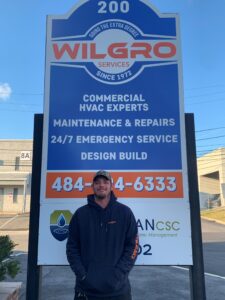